Previous
Next
Get an Instant Quote

Jesse Lewis Comedy Hypnotist is an award-winning Comedy hypnotist and entertainer who has mesmerized millions of people all over the world with his unique brand of cutting-edge hypnosis and comedy.

Jesse Lewis has reinvented the art of hypnosis as entertainment, sweeping together the grandest of hypnotic traditions with a modern showman’s charm wrapped up in an incredible journey into the world of hypnosis that you’ll never forget.

Since 2007 Jesse Lewis has performed thousands of LIVE Shows all over Canada, Has appeared on Television radio and in newspapers.

Recognized the world over as one of the most highly regarded comedy hypnotist entertainers, Jesse Lewis brings a unique blend of cutting-edge hypnosis, comedy, and a style uniquely his to captivate both on-screen and on-stage.

Jesse’s experience with multiple tours, major corporate events, and over working hand-in-hand with communities all over Canada, has made him one of the most experienced and respected performers/ producers in this field of Hypnosis.

The Jesse Lewis Comedy Hypnosis Show team brings a fresh, innovative approach to presenting high-quality entertainment in a comprehensive, cost-effective form, with an easy-to-understand choice of programs to fit varying budgets and needs.

Regardless of which program you select, you can rest assured Jesse Lewis will present a dynamic & engaging show of spectacular Hypnosis, charming audiences with his humour and creating lasting memories with his charisma.

What makes Jesse Lewis STAND OUT is his modern-day approach to the classic art of hypnosis. His unique & charming personality, combined with hilarious new skits, creates an unforgettable journey into the imagination that will leave your guests not only hypnotized and mystified but with memories that will last a lifetime.

Bringing a fresh approach to hypnosis with a dynamic stage presence, Jesse invites audience members on stage to experience Hypnosis as they’ve never done before. The adventure awaits as you participate up-close and hands-on in GET HYPNOTIZED  The Jesse Lewis Hypnosis Show!

Get an Instant Quote

Comedy Hypnosis in the media? Jesse Lewis Hypnotist is there!
Radio Television Podcasts and Even In Print MEdia! 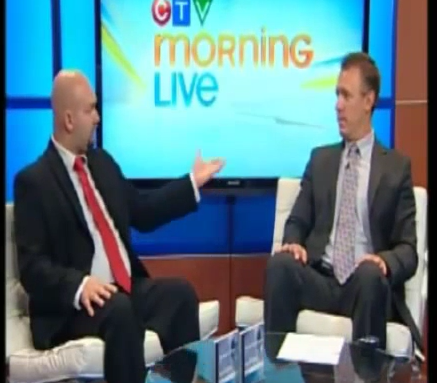 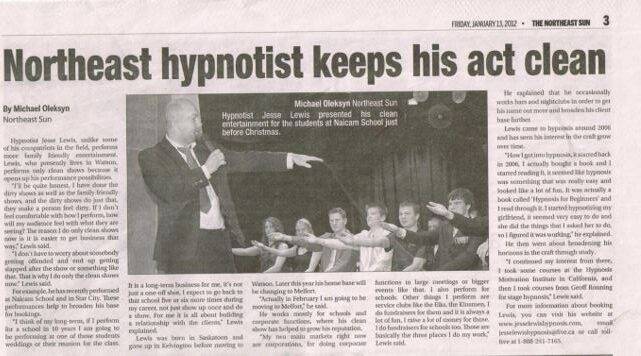 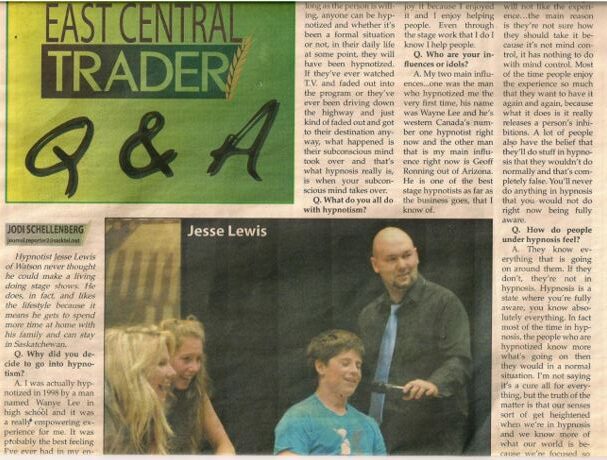 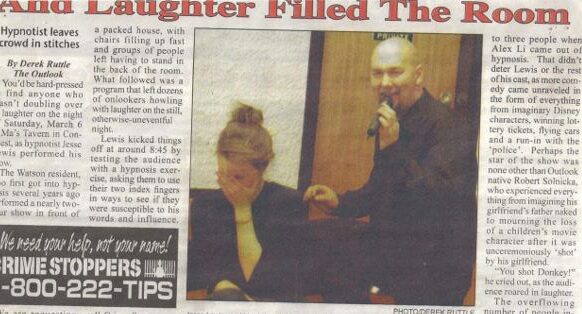 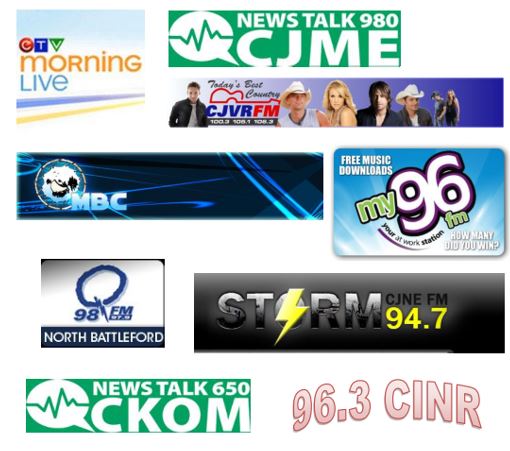 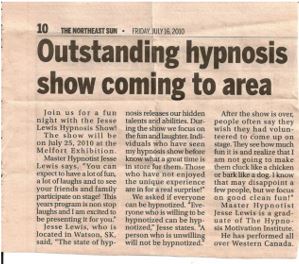 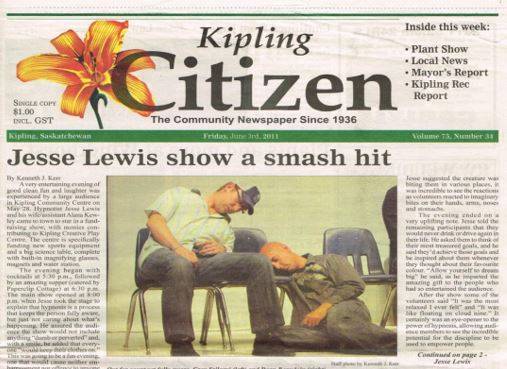 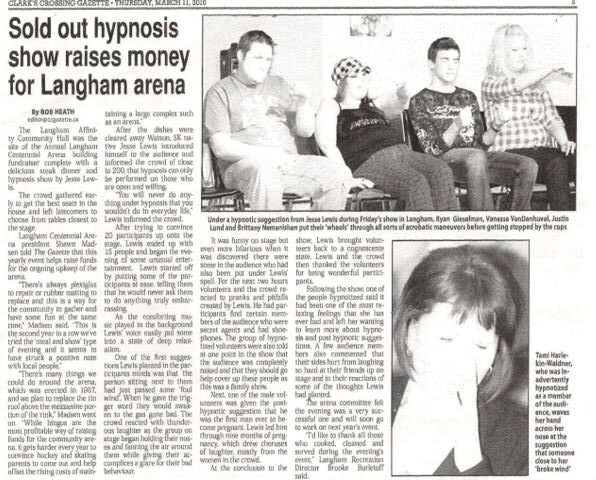